Open Mat is a Brazilian Jiu Jitsu themed card game that's simple, fun, and easy to learn. It was created by Sabine Deviche and Vara Poorisrisak as a limited edition item (only 285 decks printed). Open Mat was successfully funded through a 30-day Kickstarter (crowdfunding) campaign in 2022, which surpassed it's funding goal by 295%. The game was available to pre-order through the Kickstarter campaign, then available for sale for a short time after while supplies lasted.

Open Mat was created with people of the Brazilian jiu jitsu (BJJ) community in mind, but anyone can enjoy playing it (even with little or no knowledge of the sport!). Names of real BJJ techniques are featured on certain cards, but Open Mat can easily be played even if the players aren't familiar with these techniques. Players take turns using cards, and the first player to get rid of all their cards wins. The game can continue until all players have gotten rid of all their cards. Using a card follows BJJ-inspired rules: a defense must follow an attack, and higher belt ranks are needed to win against lower belt ranks in some situations. Special cards (mat bullies, benchwarmers, mat enforcers, and red belts) have extra actions that impact the flow of the game or cause certain players to draw more cards.

Included in A Deck 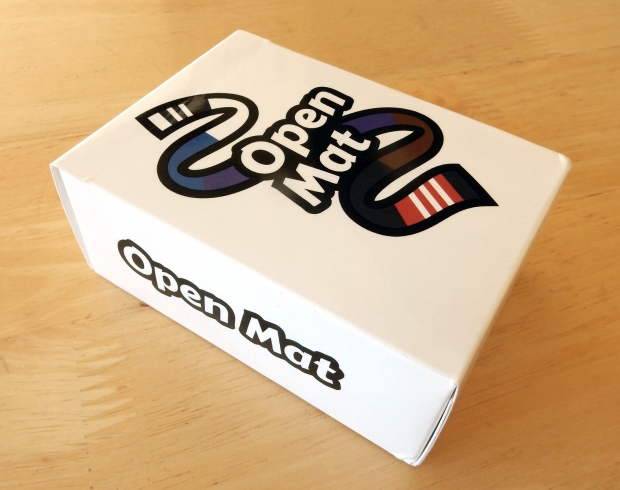 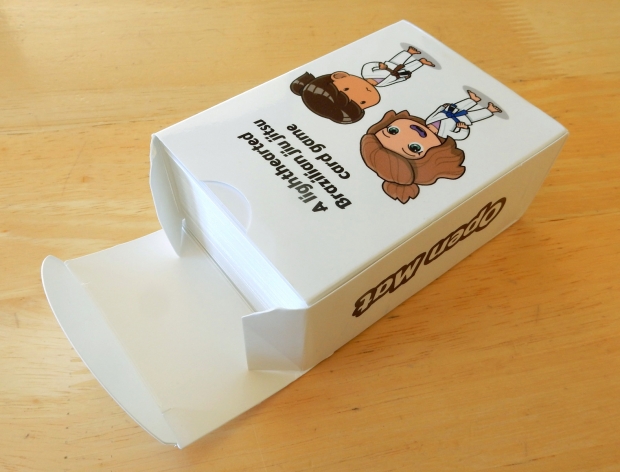 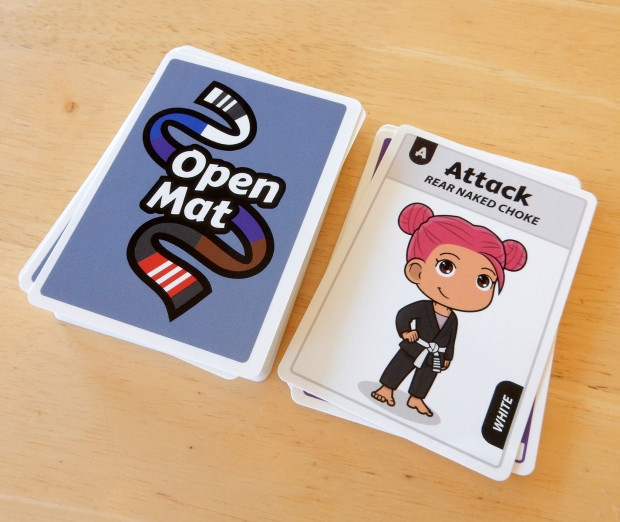 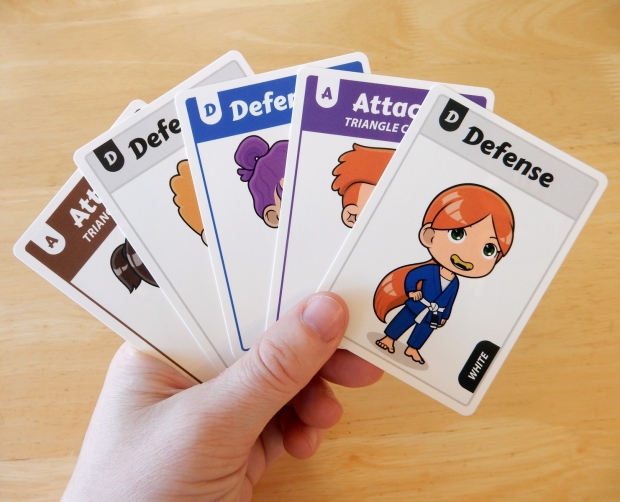 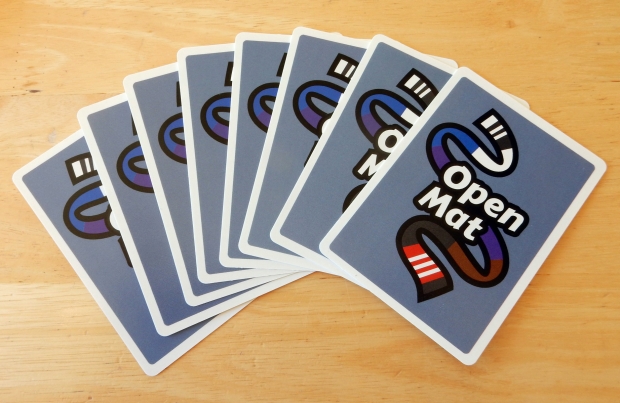 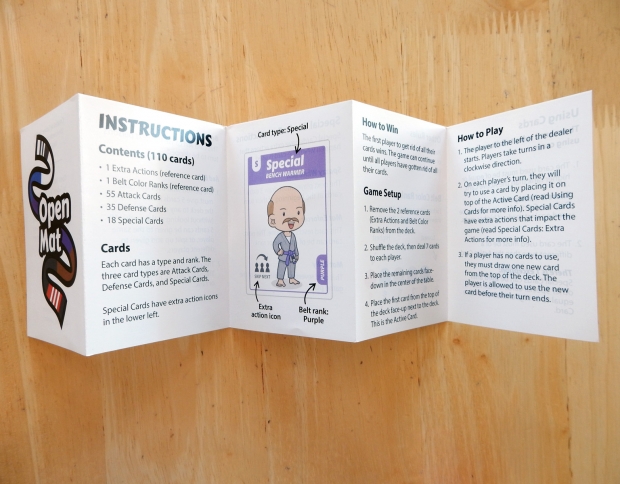 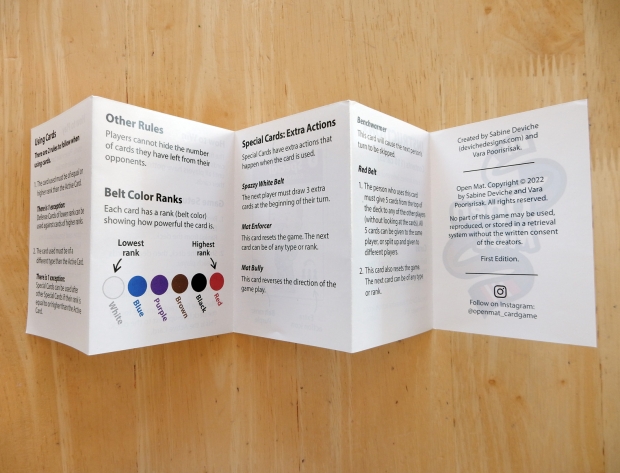 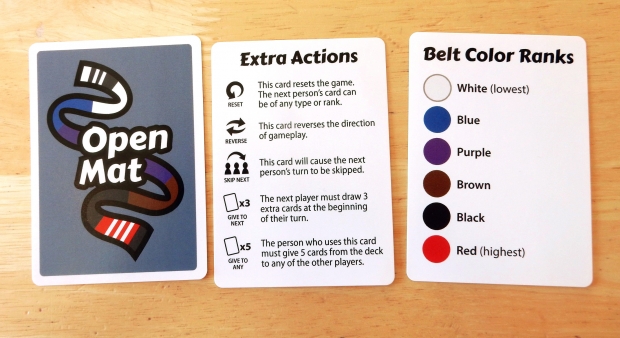